She Saved A Life 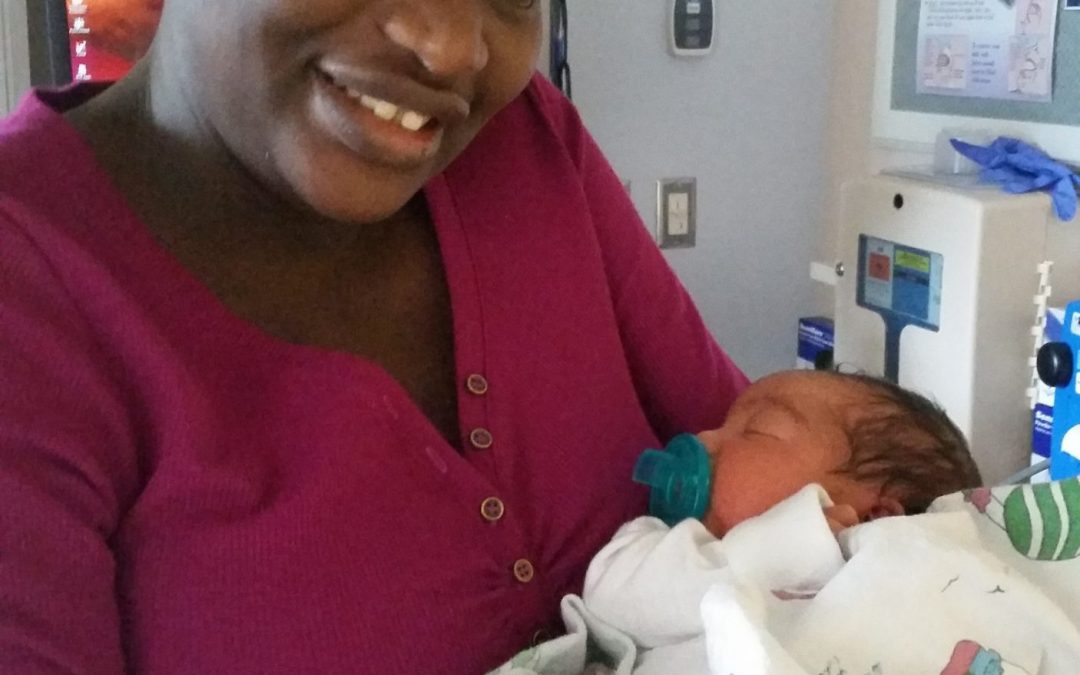 Read one woman’s story of choosing life and finding hope after scheduling an abortion.

I will always remember the first time I met Aisha.

When I called her name to come back to the counseling room, she stood quickly, telling her boyfriend to wait in the lobby.  He looked after her with care and compassion in his eyes.

Taking a seat in the counseling room, she hunched over. She looked discouraged, defeated, and hopeless, her eyes never met mine. As we talked, she shared the struggles of her life; her past abortion, and now, how she felt she could not move on.

“I don’t want to live anymore“, she said softly.

I immediately prayed silently,“Lord, how can I help this woman who sees no hope in life anymore, and who sees abortion as the only way to help remedy her current pregnancy and to help cope with her severe anxiety and deep depression?“

There were many silent prayers uttered that day and the Lord did help lift some of the oppression she was feeling. Aisha agreed to sign a “no harm contract”, and made an ultrasound appointment for the next day.  Towards the end of our session, she looked at me in the eyes and gave a soft smile.

She came to her appointment the following day

This time, she was alone.

After the ultrasound, the nurse disclosed to me that Aisha was still undecided about her pregnancy, and she did not bond with the 15 week old baby she saw on the screen.  She was fighting a darkness so intense none of us could lift it.  As the nurse spoke to her, she shared the good news of Jesus. He is the one who has the power to heal, give hope, and deliver..  Aisha did not grow up in a Christian home, but came from a Muslim background.  She left the center and had an abortion scheduled for that Saturday, a few days later.

Lesley gave me one of the ultrasound pictures she took of the baby.  It captured a perfectly formed human being.  I cut off Aisha’s name to protect her information and I put the tiny photo in my wallet, Jesus, I want to look at this picture and pray to you for deliverance and for hope, both for this little life and for Aisha.”

Following her ultrasound appointment, Lesley contacted Aisha because of an alert she became aware of on her scan that meant she needed further medical attention. I was heading out to the beach that weekend and due to her scheduled abortion, I had asked Lesley to keep me in the loop on any updates.

The day arrived. I had decided if Aisha had gone through with the abortion, I would take the tiny picture in my wallet, bury it in the sand, and give the baby a funeral.

Finally, I did hear from the nurse, who said that Aisha did indeed have a condition the doctor was worried about.  The doctor explained that if she moved forward with an abortion it could lead to severe bleeding and thus have serious complications afterwards.  Lesley then told me that Aisha did not go through with the abortion on Saturday. Praise the Lord! There is still hope, we thought.

Aisha, along with her boyfriend, came in the following week for a nurse consult.  It was so great to see her…and her pregnant belly!

Aisha was in need of a stable place to stay and with permission I began the journey of calling housing organizations. I began to feel discouraged, after calling what felt like 100 people; nothing seemed to be working out.

Throughout the next few weeks, I was continually calling Aisha, checking in on her.  She was still pregnant, and shared she was taking it day by day. She even began going to the Broadway center to receive maternity clothing and attending the parenting classes.  It looked as if Aisha was hopeful and planning to carry, even though she did not state so herself.  Things were looking up for her, but she was still in need of a stable place to stay.

About a month after she first came to the center, the nurse called to check in with Aisha.  I watched her expression on the phone as it changed from smiles to a look of worry and fear.

Aisha was suicidal again and said that she wants to abort.

The nurse encouraged her to come back to the center, and about an hour later, Aisha came in, looking defeated.  Her boyfriend once again waited patiently in the lobby as Aisha talked to Lesley, planning to leave the center and abort very soon.  We prayed, Lord, please lift this darkness and once again give hope to Aisha so that she can carry and choose life for her baby.

A few days later, I called Aisha.  She said that she did not go through with the abortion. “Praise the Lord a second time!”

She came by the center again, and we talked. Her depression was so bad.  My heart ached for her as she talked, again hunched over as she sat.  She was still thinking about having an abortion.

For a third time, she had another abortion scheduled, O Lord, not again!

The nurse followed up with her a few days later.  I watched her expressions as she talked to our girl on the phone.  I was dreading what I thought I was going to hear.  Yet, Lesley began to smile as she talked to her and had a twinkle in her eye.

Once she got off the phone with Aisha, she began to share Aisha had gone to her appointment, but during her consultation with the clinic medical personnel, the Lord worked a miracle!  The counselor at the clinic was telling Aisha of the procedure and that they would inject “something” into the uterus to stop the baby’s heart.  Upon hearing this, Aisha relayed to Lesley that she knew she could not go through with it.  She did not want them to stop her baby’s heart!  “PRAISE THE LORD!”  I was ecstatic at the news.  It was a miracle.  Aisha had decided, once again, to walk away from aborting her baby.

I wish I could say that everything was perfect for Aisha after that.  It wasn’t.  She still struggled with depression, her relationship ended and there were still doubts about her pregnancy, but she continued pressing on one day at a time.

Eventually, she found a stable place to stay. She moved in with a caring lady, who has since devoted her time to help Aisha and has committed herself to help raise her baby.

Aisha continued to receive support from our center through the parenting classes and donated items.  Soon after, she got a part-time job.  In one of my follow up calls to her, I asked if she felt as if there was hope.  She said simply, “yes”.

This week, I received a phone call that Aisha had delivered her baby!  Although premature, her son was born on Sunday, January 25th.

I went to visit Aisha at the hospital and tears filled my eyes as I drove to see her.  I couldn’t believe that this day had finally come.  I walked into her hospital room and made eye contact with her, she looked beautiful, radiant, and filled with hope.  I then looked to her bed side and saw a perfect, little baby boy.  I was filled with joy as she let me hold him.  I touched his little fingers and brushed my finger over his little head.  He is beautiful.  What a gift from above!  Aisha then said to me, “Thank you for saving him”.  I smiled and said, “You did!”

Receive stories and updates of Christ-centered compassion right to your inbox.